On my way down to Christian Book Expo in Dallas I felt giddy with excitement. I imagined writing this cool post for you about all the people I met, the stories I heard while I signed my book, and the amazing cheesecake I had. The only part that came true was the cheesecake. And it was good, my friends, very good. I felt like eating the whole thing after my signing on Saturday when only one person came to the booth. Yes, one. Uno.

This was slightly less depressing because it happened to everyone else too. The show felt like this surreal version of the writer red carpet. “Famous” authors like Elizabeth George and Sheila Walsh didn’t even have long lines. You could walk right up and talk to them. I wandered around poking my husband and saying, “There’s Max Lucado” and “There’s Michelle McKinney Hammond.” They were just strolling by like we were in the mall on a Saturday. A somewhat empty mall, mind you. To be fair, it was the first year for the show and spring break week so that certainly influenced attendance.

(And I need to stop here to say that my publisher, Summerside Press, was amazing. They took all of the writers out to tea at a cool little café. The booth looked good and a lot of people stopped at ours compared to other places. So I don’t in any way want to imply that it was them. And they’re new so a lot of what I’m about to share doesn’t apply to them like it does to me. Now that I’m pretty sure they won’t burn my book, I’ll continue.)

I’ve been around the Christian publishing industry for as long as I can remember. My grandparents had a Christian bookstore. I listened to Petra and Carmen demo tapes. I had a key chain that said something like, “I love Amy Grant.” I carried stacks of books into the back room and spent hours curled up in an old, worn recliner. It was there I decided I would one day be a Christian writer.

I grew up and became an intern for DaySpring at the ripe old age of nineteen. I’ve pretty much been there ever since, gradually moving to the role of editorial director. I’ve gone to many CBA (Christian Booksellers Association) shows through the years. The floor used to bustle with activity and feel alive with a powerful, transformational energy.

In contrast, at one point this weekend I walked by a very traditional-looking booth. A man with silver hair and a grey suit was behind the counter sleeping. I’m not in marketing but I’m pretty sure you’re not supposed to sleep in your booth. I wish I could have taken a picture because it became one icon of my experience. I’m afraid there’s something about our industry that may simply be falling asleep.

My dear friend Jason got me a signed copy of Blue Like Jazz by Donald Miller (he didn’t have a long line either, despite the fact that his book has sold over a million copies). I devoured it on the way home and it felt so different than the show. It was gritty, and real, and raw. He talked about many different things but what stood out most to me was his idea that we are “self-addicted.” We make the mistake of believing that life, and faith, and what we do is about us.

But it’s not and it never has been. It’s about God and loving other people. What struck me most about the show this weekend is that it seemed we all just expected people to come to us. We set up our booths, put out our books, and waited. We all looked nice, were ready with our pretty pens, and somehow felt like that should be enough. It seemed reasonable to me.

Yet on the way home I had a nagging sense that this was very different than what God did for us. He came to us. He, the God of the Universe, who had every right to expect us to make the move also knew us well enough to see that’s just not how human nature works. And instead of complaining about it, He got messy, dirty, and crucified so we could be in relationship with Him.

To my fellow members of the Christian publishing community: perhaps it is time we become even more intentional about doing the same. In some aspects, we’ve lived fairly comfortably, safely, easily. But it could be our moment to reach out in new ways, bare our hearts, open our lives, meet people where they are and stop expecting them to come to us. If we do not, I’m afraid we risk being irrelevant.

In return, here’s my promise to you: I will not fall asleep in my booth. I will not stay safe. I will be messy, authentic, and desperately in need of grace. And I will come to you. Because that’s what Jesus did. That’s what He still does. I believed that was true as a little girl in the back room of a bookstore, waiting to grow up and change the world.

I still believe it now. 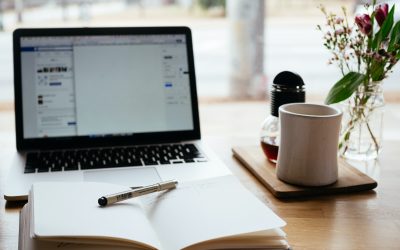 Rhythms vs. Routines – A Helpful Strategy for the New Year! 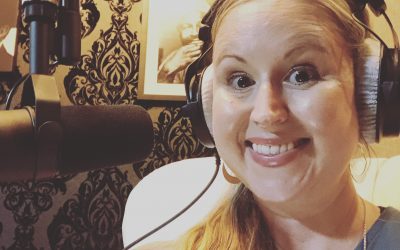 Made a mistake? This will make you feel loved! 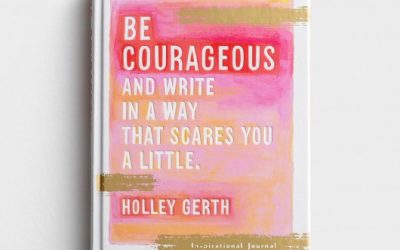